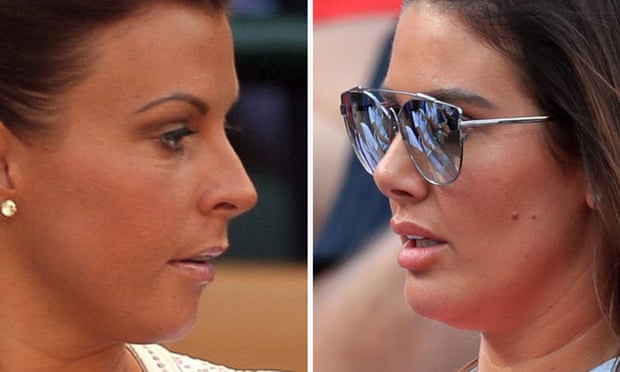 Rebekah Vardy has said she is calling in expert PI detectives to examine who had access to her Instagram account following accusations from fellow footballer’s wife Coleen Rooney over the leaking of private information to the Sun.

Rebekah, who was at the time on holiday in Dubai with her footballer husband, Jamie, when the story broke, denied claims that she provided the stories to the newspaper – despite apparently being caught in an elaborate Pi detective sting operation that involved Rooney posting fake Instagram updates, to see which appeared in the media.

The Sun has run dozens of stories about Coleen Rooney in recent months, many of them exclusive and some of which were bylined by the same reporters who wrote the stories about Rooney, which were allegedly based on false information.

The paper has not officially commented on the stories having commented been made regarding fake news, although it covered the row on its front page on Thursday and has emphasised that it followed standard journalistic practice in putting all the apparently fake stories to Rooney’s representatives before publication with a request for comment.

Rooney, the wife of footballer Wayne, has been dubbed “WAGatha Christie” for her role in the investigation, after the “wives and girlfriends” moniker that was given to the partners of England footballers at the 2006 World Cup.

She published a series of fake news updates on her private Instagram account over the summer and slowly reduced their audience in a bid to identify the leaker. This led to apparently fake articles about Rooney seeking baby gender selection treatment in Mexico, a planned return to television, and a flood at her new-build mansion appearing in the Sun.

On Wednesday Rooney went public, claiming the only account that had viewed the story about the flood at her new home belonged to Vardy.

Vardy's representative confirmed that she has hired “IT experts who can look at the forensics of her Instagram” to identify who else had access in an attempt to clear her name, although it unclear exactly what this forensic analysis would involve. Vardy’s agent did not return a request for comment.

The model Danielle Lloyd, herself the former partner of a footballer, on Thursday told ITV’s Good Morning Britain that she had previously had run-ins “over similar things” with Vardy, also appearing to accuse Vardy of being the author of a Sun on Sunday column entitled “Secret WAG”.